The French ‘paradox’ is not a paradox

There’s a widespread view in the scientific and medical communities that saturated fat is bad for the heart. In particular, this form of fat (found in, among other things, meat, eggs, dairy products, coconut and palm oil) is said to raise levels of cholesterol, which in turns increases our risk of heart disease by promoting the gumming up of arteries known as ‘atherosclerosis’.

Actually, the impact saturated fat has on cholesterol levels is irrelevant, it’s the impact it has on health that counts. So, this week, I decided to go looking for evidence concerning the link between dietary saturated fat and risk of heart disease. One of the sources of data I went to is the 2008 (most recent) edition of the European cardiovascular disease statistics [1] which you can download here.

In this document can be found information on percentage of the diet contributed by saturated fat (page 75) in more than 40 countries, as well as the rates of death due to heart disease in those countries (page 28).

Percentage of calories from saturated fat range from less than 4 per cent (Bosnia and Herzegovina) right up to 15.5 per cent (France). In other words, the difference in percentage of calories from fat is vast (about a 4-fold or 400 per cent difference). The rates of death from heart disease are also very different, ranging from 22 deaths per 100,000 people to 215 (1998 figures). I decided to make a graph representing the two sets of data to see what comes out. Here it is (see end of article for data presented in a slightly different way): 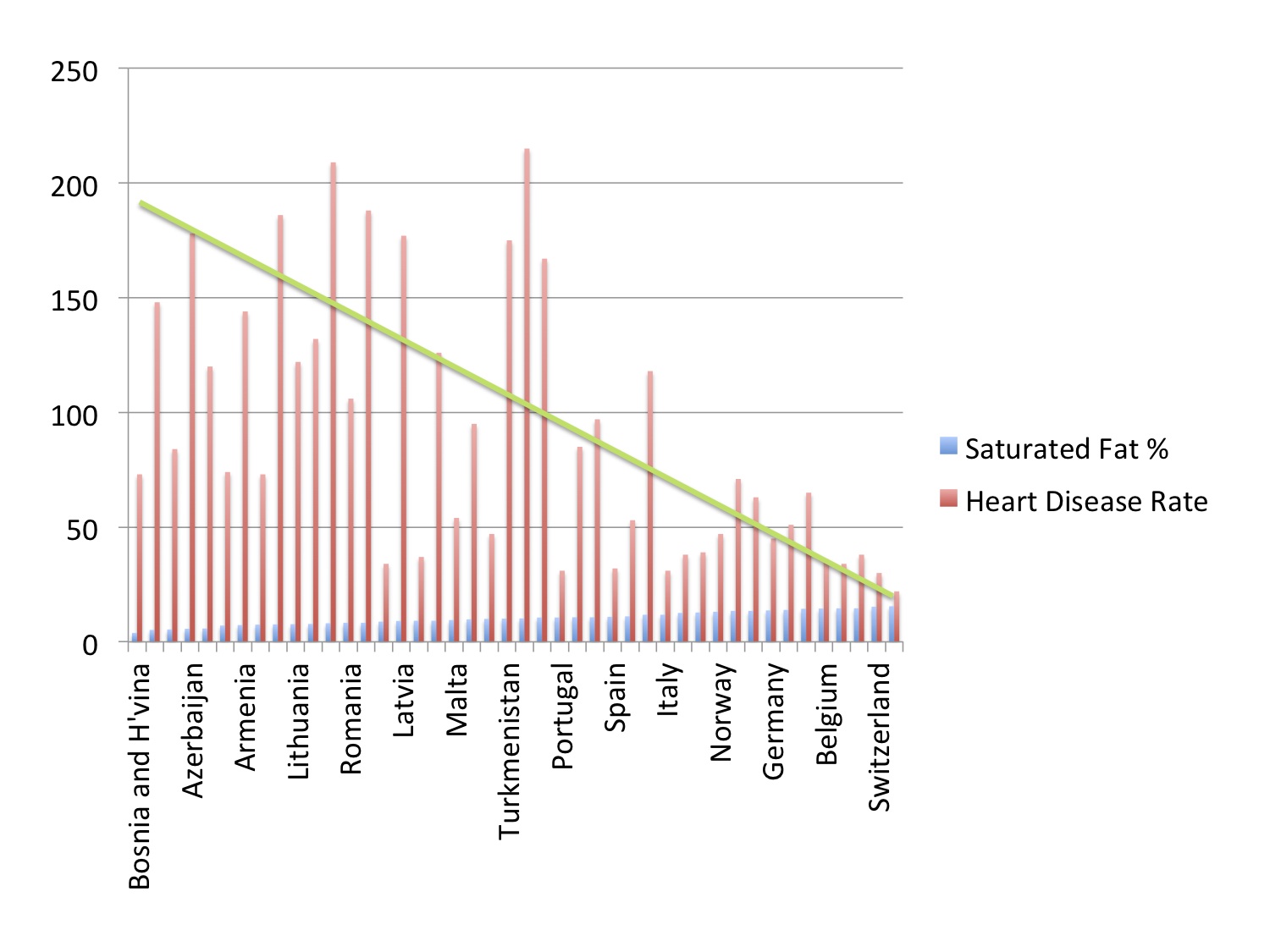 Only about one third of the countries used to construct the graph are listed at the bottom due to space. The blue bars represent the percentage of saturated fat in the diet, going from the least to the most from left to right. The red bars are the rates of heart disease deaths in those countries. What’s evident here is this trend: as percentages of saturated fat rise, rates of death from heart disease fall. I’ve drawn in a green line that demonstrates this trend.

You’ll sometimes hear about the ‘French paradox’, which describes the phenomenon of low heart disease rates in France ‘despite’ a diet rich in saturated fat. Well, it seems that this ‘paradox’ is not limited to France, but is alive and well in several other countries too including the UK, Germany, Austria, Finland, Belgium, Iceland, the Netherlands and Switzerland. In other words, it’s not a paradox at all. It’s only a paradox if one believes saturated fat causes heart disease. The thing is, there’s really no good evidence that it does. 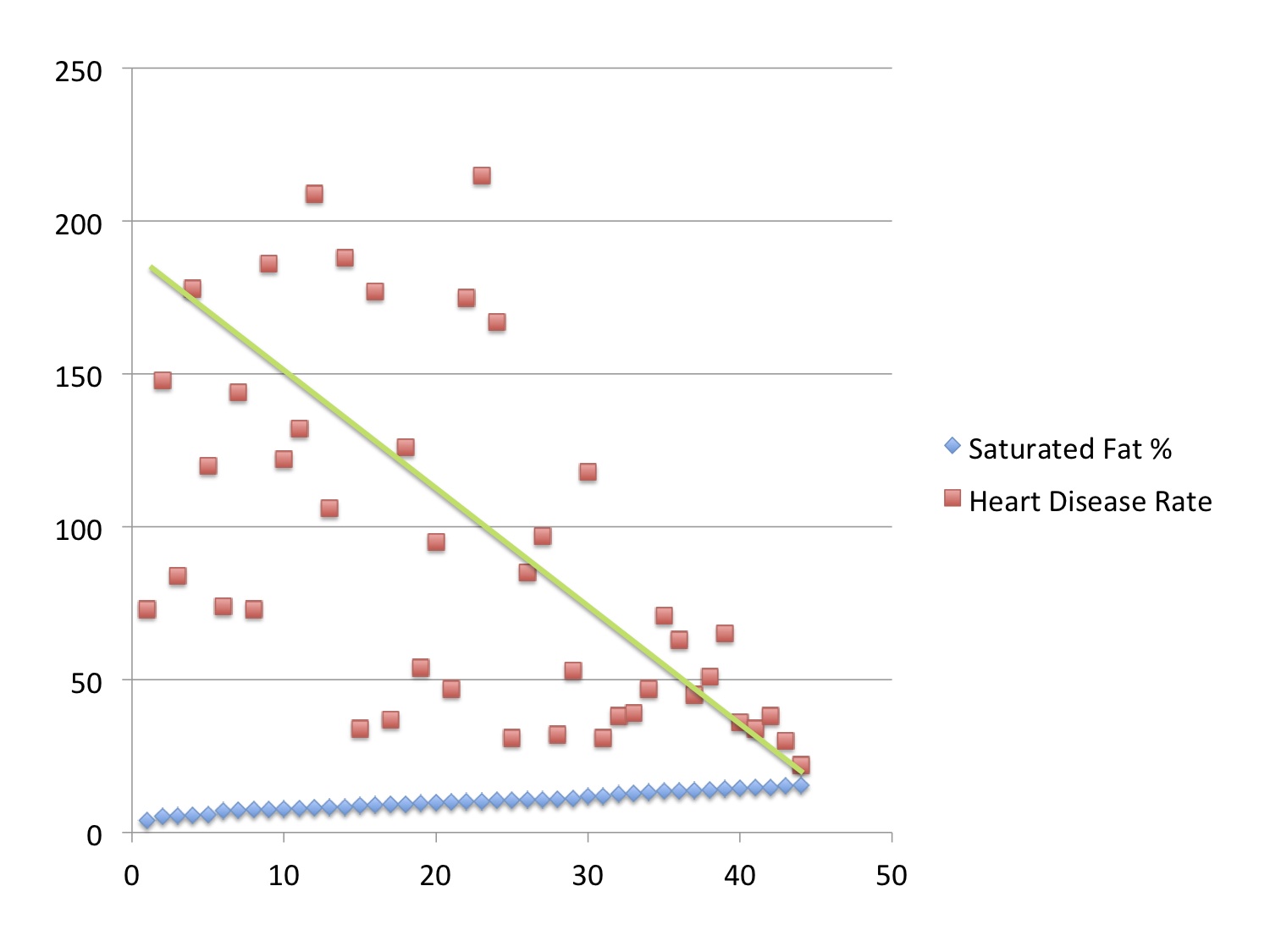 Diabetic transforms his health with a low-carb diet, and his doctor urges him to eat more carbs
Review looks at the potential role of light therapy in children, pregnancy and eating disorders

52 Responses to The French ‘paradox’ is not a paradox