The dark side of sunscreens

Here in London, UK, the weather today has been quite summery. And it’s this time of year where we generally begin to see a rash of articles in the press warning us about the perils of sunlight and the need to slather on our sunscreen. People generally use sunscreen to prevent burning. But public health campaigns often allude to the use of sunscreens for the prevention of skin cancer too.

Squamus and basal cells carcinomas are quite-strongly related to sunlight exposure, as partly evidence by the fact that they are most common in typically sun-exposed parts of the body like the face, ears and back of the hand. They make up about 90 per cent of skin cancers but are responsible for only about 15 per cent of skin cancer deaths. The relatively non-deadly nature of these cancers is essentially because they are not typically very aggressive and are often spotted quite early means that they usually won’t.

Anyway, back to the International Agency for Research on Cancer meeting in 2000…

A report of the panel’s findings was published in the Scandinavian Journal of Work and Environmental Health [1]. The panel concluded that sunscreens could prevent sunburn (should hope so too), and that there was evidence that they could help prevent squamous cell carcinoma. There was a caveat though: protection was only evident where individuals had not used sunscreens to extend their time in the sun. Actually, a lot of people use sunscreens in this way. When people coat themselves in sunscreen on the beach or by the pool, one usual intention to allow themselves to stay longer in the sun without burning.

But what of the role of sunscreens in melanoma prevention? The paper refers to epidemiological evidence (studies that look at associations between things) that find sunscreen use was not associated with a reduction in the risk of moles (higher numbers of moles are a risk factor for melanoma). In their press release the panel members state this:

Several relevant epidemiological studies have shown significantly higher risks for melanoma in users of sunscreens than in non-users. This paradoxical observation could in part be due to the fact that users of sunscreens deliberately spend more time in the sun than they would otherwise have done. Thus, the protective effect of sunscreens can be outweighed by overexposure based on the false assumption that sunscreens completely abolish the adverse effects of UV light. 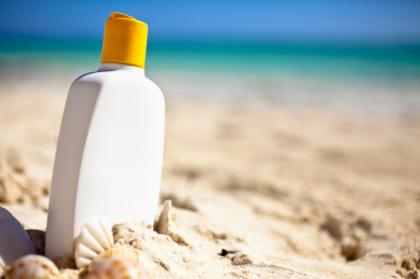 In light of these findings, the Working Group concluded that sunscreens prevent sunburns and may reduce the risk of squamous cell carcinoma, but only if they do not mislead people to extend their exposure to sunlight. The Working Group also put forward several recommendations in relation to the use of sunscreens. Principal amongst these is that use of sunscreens should be one part of a comprehensive sun avoidance strategy that includes moving into shade when the sun is near zenith and the use of protective clothing. As part of a comprehensive skin protection strategy, sunscreens with a protection factor of 15 or more should be used.

In other words, don’t rely on sunscreens to protect you from melanoma, because they probably won’t, and may actually increase risk. A more recent review concluded that studies link sunscreen use with increased risk of moles, malignant melanoma and basal cell carcinoma [2].

I have not used sunscreen for 20-odd years, opting to seek shade and wear appropriate clothing when the sun is at its hottest. Because sunscreens can give us a false sense of security, it might be wise to use it sparingly. One situation where it can come into its own is for the face and ears when swimming in a pool or sea. If protection is required elsewhere, I’d go for clothing designed to protect the body from UV rays.

Declaration of conflicts of interest may make bias worse, not better
Prominent cardiologist reveals some of the the flaws in conventional cholesterol wisdom

36 Responses to The dark side of sunscreens