Why are female rats more likely to binge eat than male rats?

Binge eating is a phenomenon where someone may start eating but then find it difficult to stop. I actually think that binge eating is more common than perhaps is recognised. Lots of lots of people will, for instance, find that what started as ‘just one biscuit’ turns into half a packet or that a few crisps/chips turns into the demolishing of a big bag or tube. A similar thing can happen with a wide variety of foodstuffs including chocolate and alcohol.

There is a perception, I think, that binge eating is more common in women. My experience is that this is generally true. I also believe that sometimes an unconscious assumption is made that this relates to the fact that women are more likely to be weight-conscious and ‘on a diet’. The problem with being on some restrictive eating regime is that it can induce hunger which can stimulate binge-eating. Sometimes, the bingeing will lead to purging, and repeated cycles of these behaviours are usually classified as ‘bulimia nervosa’ or ‘bulimia’ for short.

Again, here, there is sometimes the idea that the problem stems from a desire for weight control and maybe increased societal pressure on women to conform to a certain size and shape. These factors may play a role, but if I’ve learned one thing about eating behaviour in my time as a doctor it’s that bingeing can often be related to biochemical imbalance.

For example, the mid-late afternoon is a time when blood sugar levels can tend to drop a bit, and this does seem to have the capacity to cause an individual to crave food, particularly those that replenish sugar quickly into the system such as chocolate/candy or biscuits/cookies. Sometimes I see people who believe their drive to eat sweet foods is rooted in a weak will or lack of self control. The reality is, though, that once these individuals eat in a way that is stabilising for blood sugar levels, their desire for these foods usually melts away and becomes a non-issue.

A piece of research just published also suggests that binge-eating may have a physiological basis. This research, in essence, found that female rats were twice to six-times more likely to binge eat compared to male rats [1]. I suppose it’s possible that female rats feel under increased pressure to conform to some rodent ideal in terms of shape and size, but I suspect not. More likely, is that the increased tendency to binge eat is driven by something different in the rats’ biology. 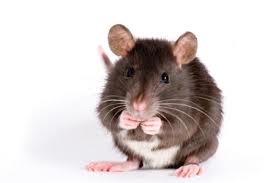 One potential candidate here concerns the brain chemical serotonin. This ‘neurotransmitter’ generally induces feeling of happiness and calm in the brain. However, should levels of it fall, the body may be driven to take steps to drive serotonin levels up in the brain. This is believed to be a potential factor in some peoples’ eating behaviour, and in particular a tendency to binge on carbohydrate foods.

The proposed mechanism here concerns the amino acid (building block of protein) tryptophan. In the brain, tryptophan can be converted into 5-hydroxytryptophan (5-HTP) which can be then converted into serotonin. The trick would be to get more tryptophan into the brain. Eating carbohydrate induces the secretion of insulin which sweeps amino acids out the bloodstream. However, insulin leaves tryptophan relatively untouched, which means it gets ready access to the brain (it doesn’t have to compete so much with other amino acids for brain entry). Here, higher levels of tryptophan can lead to a boost in serotonin which can then have the desired effect (improved mood).

So, it’s conceivable, then, that in some people, binge-eating is driven by serotonin depletion. In one study, women with a history of bulimia (but recovered) were fed a tryptophan depleted mix [2]. Compared to when they were fed a mix with tryptophan in it, this led the women to subjective feel less in control of their eating. The tryptophan-depleted mix also lead to lowered mood and increased concerns over body image.

It is possible for serotonin levels to deplete over the course of the day, and this may help explain why some people are prone to overeating and bingeing in the evening or even in the middle of the night.

Supplementation with either tryptophan or 5-HTP is another valid strategy. The sort of dosages that are usually useful here are 500 – 1000 mg of tryptophan or 50 – 100 mg of 5-HTP taken between meals (which is believed to help absorption).

If first got to know about the use of these (and other) amino acids in the treatment of binge-eating and mood issues by reading the work of nutritionist Julia Ross (author of The Mood Cure and The Diet Cure). These books, I think, are well worth a read by people interested in how they may use targeted amino acid supplementation to naturally control their eating and improve their mood.

9 Responses to Why are female rats more likely to binge eat than male rats?