There is a ton of research which links higher levels of vitamin D (and/or increased sun exposure) with reduced risk of a range of conditions including diabetes, multiple sclerosis, several forms of cancer and heart disease. These studies are voluminous, and tend to be quite consistent, but they still can’t tell us for sure that vitamin D has genuine disease-protective properties.

We get more insight in this regard from clinical studies in which individuals are, say, treated with vitamin D and their outcomes compared to a group treated with placebo. Recently a study was published on-line which did just this, and it turned up at least some interesting results, I think [1].

The study in question involved treating overweight and obese Iranian women with 1000 IU of vitamin D3 (cholecalciferol) for a period of 12 weeks. A number of different parameters were measured, including:

Compared to the group taking a placebo, those taking vitamin D saw:

All of which point to a reduced risk of cardiovascular disease over time. In addition though, the vitamin D-treated group saw a reduction in their fat mass of 2.7 kg on average (compared to the placebo group’s average loss of less than ½ kg).

This study provides at least some evidence which supports the idea that vitamin D has a ‘causal’ link with cardiovascular disease and other chronic conditions. 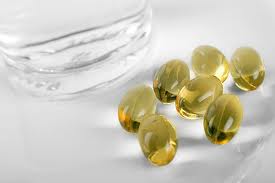 My personal aim is to keep my vitamin D levels at around 50-60 ng/ml (125-160 nmol/l). I get as much summer sun-exposure as I possibly can (without burning), but also supplement with vitamin D3. One thing I’ve realised is that to optimise my vitamin D levels I’m needing to take much higher doses of vitamin D than the usually recommend daily intake of 400 IU. Typically, I require several thousand IUs per day to do this.

How do you know if you’ve got enough vitamin D on board? The only sure way to know is to test.

Interview with Matt Edmundson about Escape the Diet Trap and other things
Why does the UK Government’s obesity advisor dish out useless advice?